Down & Out in New Orleans: Transgressive Living in the Informal Economy 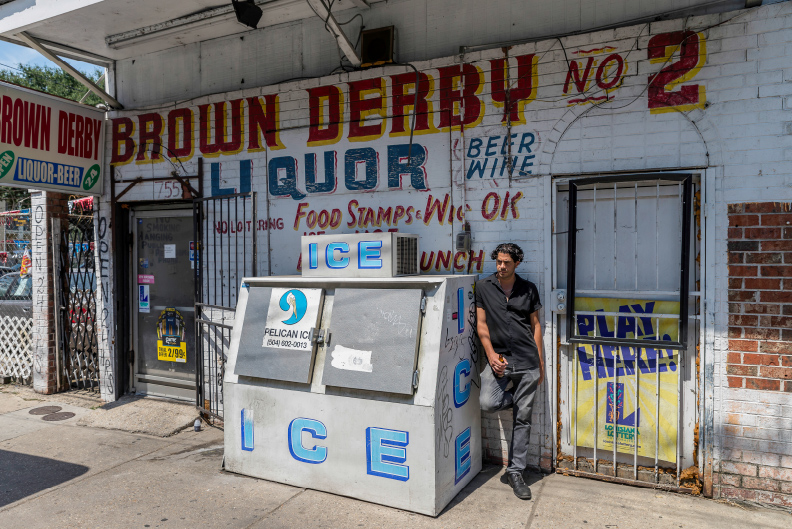 This book reproduces the conditions of Orwell’s exploits while downtrodden in late 1920s Paris to tell the story of post-millennium New Orleans and its culture of creative degenerates, vagabonds, artists, hustlers, low-lifes, transients, grifters, intellectuals, musicians, druggies, skells, writers, gutter punks, goths, nihilists, and existentialists who exist beneath the radar in the city of New Orleans.

Over eighty years have passed since George Orwell wrote his seminal book Down and Out in Paris and London, which intimately described the experiences of poverty in the great modern metropolis of his time. While literary critic and philosopher Walter Benjamin depicted 1920’s Parisian social life within the great arcades of the metropolis as a flâneur strolling through local life to experience the city as a connoisseur of the street, Orwell lived and worked, at times down and at other times out, in the urban underbelly beneath the iron and glass covered arcades. The inter-war period of Paris during Benjamin and Orwell’s writing attracted a creative community of bohemian artists and intellectuals who frequented coffee shops and participated in lively nightlife. Beneath the surface world of Benjamin’s bourgeoisie Paris, Orwell depicted life on the fringes of Paris’s Latin Quarter as he subsisted standing in breadlines, working lowly restaurant jobs as a plongeur experiencing near destitution, and traversing the unseen and often hidden spaces of the city. Meanwhile, many artists and intellectuals also arrived in New Orleans during this same roaring 1920’s period, making New Orleans – the cradle of jazz – the Paris-on-the-Mississippi.

Fast-forward a century, to post-Katrina New Orleans, as it attracts a flow of modern bohemian transplants, all migrating to the city to become part of its distinct culture in a search for cultural authenticity, artistic expression, self-actualization, identity transformation, and alternative lifestyles. And, just as in 1920’s Paris, beneath this bohemian surface lives a huge urban and mostly unacknowledged class of willful outsiders in New Orleans, people who exist on the edges in the post-industrial tourist economy. Borrowing a page from Orwell, we will pull back the veil to reveal the less-seen spaces of New Orleans, intimately depicting the social life of the new creative urban dweller living at and near poverty. Revealing life in the underbelly of New Orleans requires moving beyond standard sociological methodology, rather, the methodology is part of the whole book: I will not merely study the city’s fringes. I will be living on them. I won’t merely be interviewing the city’s new bohemians. I will live among them, live as one of them. I won’t settle for examining the city’s modern underbelly. I will creep and crawl through it myself – sometimes on my hands and knees, working menial jobs, scrounging for enough to eat, living in the urban tribes, and hoping to survive.

Marina’s Down and Out in New Orleans takes us on a sweet, sweaty shamble through what some might call the ‘underbelly’ of New Orleans. Reading Marina’s beautifully attentive account, though, you realize that ‘underbelly’ is the wrong corporeal metaphor—because in reality the down and out quarters of New Orleans are its hard beating heart, around which hangs the dangerous dead weight of gentrification, privilege, boredom, and security.

—Jeff Ferrell, author of Tearing Down the Streets and Empire of Scrounge

Down and Out in New Orleans offers a vivid portrait of that city, especially its artistic characters, their neighborhoods, and the down-and-out jobs they take. The author, whose fierce love for his hometown glows on every page, brings New Orleans culture into focus and provides an illuminating perspective on its future.

Following where Orwell went, Peter Marina takes us on a fascinating odyssey into the pulsating heart of New Orleans and its ripped backsides. Living among the city’s weird and outlandish nomadic fringe, we are invited to witness how life in NOLA is lived and negotiated, its culture produced and consumed by its most creative denizens. This is immersive ethnography at its best: moving, engaging and challenging. Read it.

—Simon Hallsworth, Pro-Vice-Chancellor (Arts, Business and Applied Social Science)
of University of Suffolk and author of
The Gang and Beyond: Interpreting Violent Street Worlds

Combining elements of gonzo journalism, sociological research and flat-out good storytelling, Marina takes readers on a tour of the New Orleans you won’t see on postcards or in tourism commercials. His New Orleans is a lived-in, off-the-beaten-path place — dirty, seedy and sometimes sleazy — but it’s a real, bustling New Orleans nonetheless, occupied by a mix of dropouts, dreamers and those who simply choose to march to the beat of their own drum. The result is a work that will equally serve sociologists, anthropologists and those who are simply interested in seeing another side of one of the country’s most fascinating cities.

Peter J. Marina provides an outstanding introduction to the sociology of transgression through his fascinating portrayal of life on the edge in post-Katrina New Orleans. His sociological insight, ethnographic ability, and love of the city uniquely position him to write about the sociology of living “down and out” in the Crescent City.